The second 24-Hour Mammalthon is coming soon! Get ready! 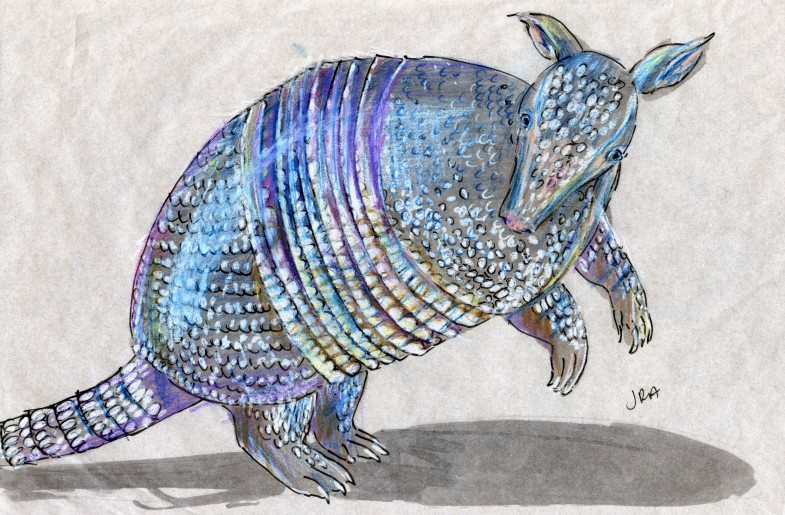 When I first planned a Striped Mammal Week, I had the idea to pick mammals whose names contained seven different synonyms of the word “striped.” I had a variegated something, a streaked something, a lined something, and this fellow, the nine-banded armadillo. That idea didn’t pan out (and really, who would have noticed?), but our armadillo friend is here nevertheless.

I’ve told that story to maybe three people, and two of them said “Armadillos are mammals??” so maybe Ted shouldn’t feel too bad. Despite their plates of armor (the Spanish word for which gives them their common name), armadillos are indeed mammals. Nocturnal mammals, to be exact, that eat insects and live in South and Central America and in south-central America. Their armor, according to Ivan T. Sanderson in How to Know the American Mammals, is made of “numbers of tiny, checker-like bones formed in the skin and fused solidly together”! I wish, actually, that I could just type out his whole description of the armadillo, because it’s so good. But I’ll just leave you with the fact that this mammal’s Latin name means “nine-girdled hairy-footed one.”