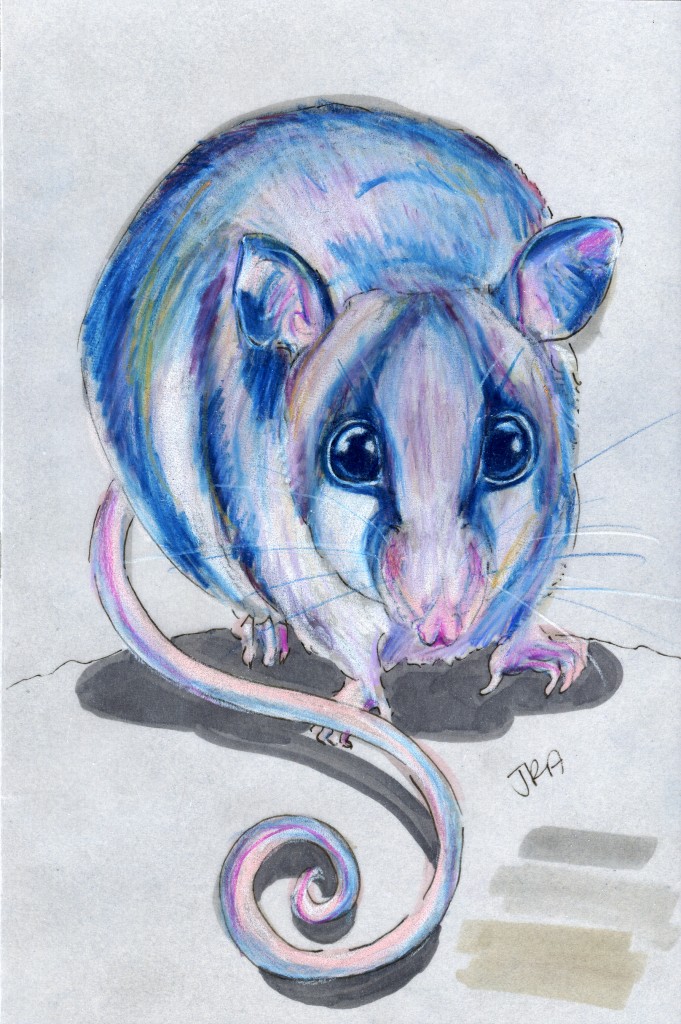 These teensy marsupials live in the Australian alps (and boast the saddest IUCN range map I’ve ever seen). They hibernate in the winter under a thick layer of snow. In the warmer months, they eat lots and lots and lots of moths, along with some other things, and also store berries and seeds to munch on when they occasionally wake from torpor. They’re the only marsupial that stores food, and I think they’re the only marsupial that hibernates, although I haven’t confirmed that for sure. They’re only about 4 inches long, with their prehensile tails adding another 6 inches on to that.

A recent study found that animals that hibernate or burrow are less likely to become endangered or extinct. The theory is that hibernation and burrowing protects them from environmental changes. Sadly, that isn’t the case for the mountain pygmy possum, whose population is being ravaged by the Australian skiing industry. Is it more important to have perfectly groomed slopes to schuss down, or to keep this evolutionarily distinct mammal alive? We may find out too late.

(I’m not purposely picking the most sad-case endangered animals to share with you, by the way. Not at all. It just turns out that we humans have a whole lot to answer for when it comes to the other animals on the planet. I think my next theme week should be Mammals There Are Too Darn Many Of, just to cheer us up. But then again, there are often Too Darn Many of a mammal because there are Too Darn Few of another one, usually because of something humans did.)

ARKive has some nice videos of the adorable mountain pygmy possum. I like the one that’s catching moths to eat.