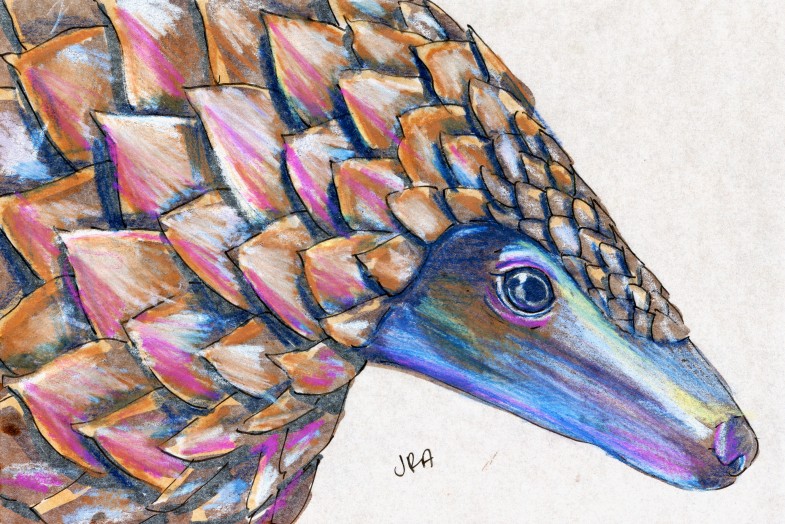 This walking pinecone is a member of one of Africa’s three pangolin species. Born with soft scales that harden within a few days, baby pangolins ride around on their mother’s tail and start eating termites instead of nursing on pangolin milk when they’re a few months old. Pangolins can’t see very well, but they can hear and smell really well (notice I didn’t say that they smell good). Since they’re covered in hard scales, I’d guess their sense of touch isn’t tops, either, but I can’t tell you about their sense of taste.

Ground pangolins roll in a ball to escape danger, and they’re nearly impossible to unroll. They can move their scales, and in fact they have to move them to clean under them, using their claws to scratch out the gunk and their tongues to eat the delicious bugs they find tucked away under there.

Pangolin scales and skin are used in medicine and in making trinkets and jewelry and cowboy boots. Hyenas and leopards prey on pangolins and sometimes they get caught up in brush fires or zapped by electric fences. They’re shy creatures snuffling through the world, and more vulnerable than they look.