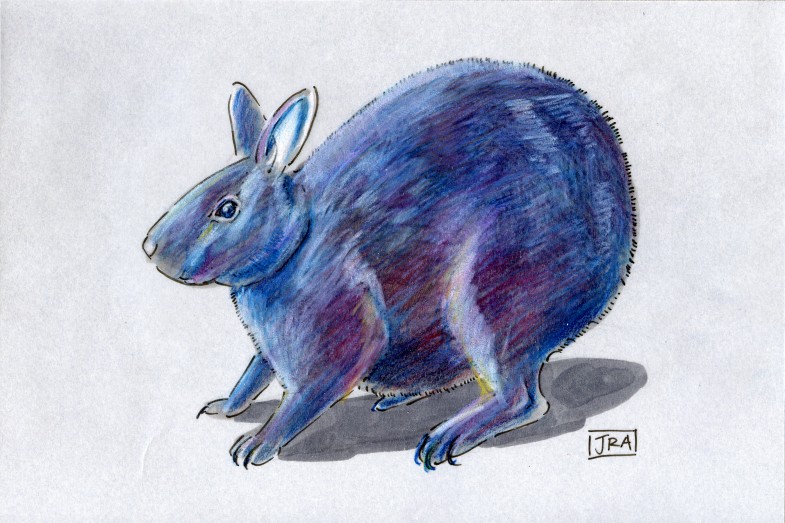 This fuzzy, stout rabbit lives only on the Japanese islands of Amami and Tokuno. It’s endangered, and both its population and its range have been decreasing. There are probably fewer than 5,000 of these rabbits in existence. They’re considered “living fossils” because they are very similar to ancient fossil rabbits and markedly different from other living rabbit species. They have unusually short ears, long noses, sturdy bodies, dark and dense fur, and curved claws.

Because they’re nocturnal and rare, Amami rabbits are still somewhat mysterious to science. One curious habit they have is that of sealing up their nursing burrows. A female Amami rabbit will give birth in a special burrow, then seal it up when she goes out for the night. She’ll come back to nurse the babies once every couple of nights. This goes on for a few months, at which point she ushers the babies out of the house, telling them it’s time to take care of themselves for once.

In addition to ordinary endangered species lists, Japan also designates what it calls natural monuments. These are plants or animals, natural features and structures, minerals, or wilderness areas. To qualify as a natural monument, something must be not only threatened, but also culturally important. Of the almost 1,000 natural monuments, 75 are classified as special natural monuments, and the Amami rabbit is one.

“The Secretive Rabbits of Amami, The Japan Times