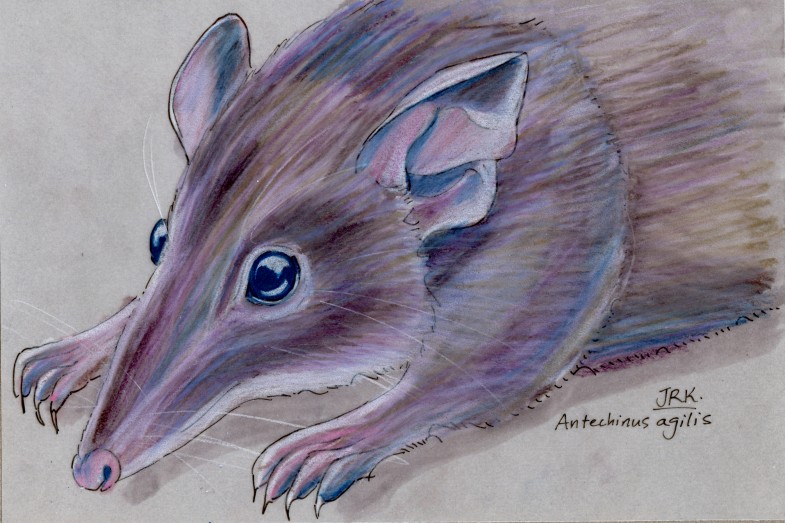 This fellow is one of a group of species called broad-footed marsupial mice. They’re small, carnivorous marsupials native to Australia. I drew this sometime last year, I think, and I don’t know where I found this guy because the species is not in any of my books or in my mammal species database. It was first described in 1998, having previously been considered part of the species Antechinus stuartii, the brown antechinus. My mammal species database has always been my final authority on what mammals to draw and what mammals not to. Now here I go, making more work for myself!

Since this is such a new species, there isn’t a whole lot for us to find out about it yet, but I do know that it has the same mating habits as the brown antechinus, which are truly fascinating and pretty horrific to those of us who aren’t antechinuses. I wrote a decent post about the brown antechinus last year, and you should read it now.