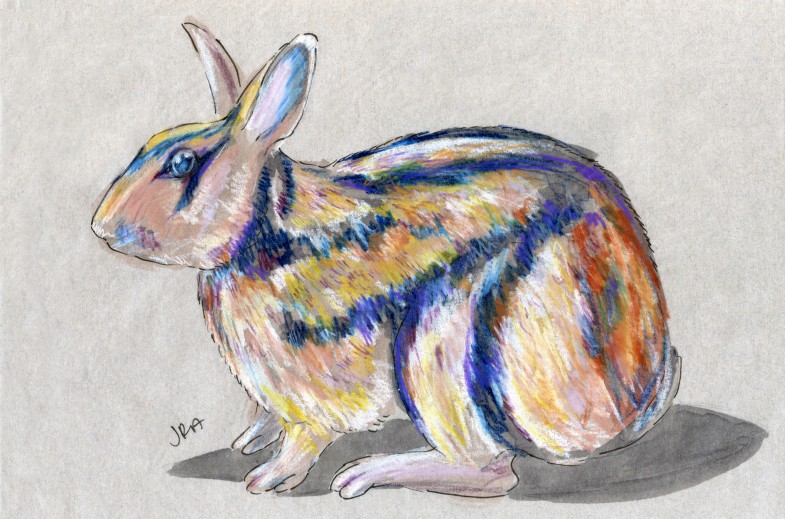 Here’s a way to uncover new species that seems to be more common than you’d think: find them for sale as food in a market! That’s how, in 1999, scientists “discovered” the Annamite striped rabbit, which is native to Vietnamese and Laotian mountains. (Someone needs to invent some kind information-sharing network that would allow people who live in species-rich places like the Laotian mountains or Borneo to share what they know with scientists. One of the scientists involved in finding the Annamite rabbit told the New York Times, regarding the team’s trips to the market, “We had already made discoveries or rediscoveries of four new species…So we were kind of clued in to anything that looked weird.”)

The rabbits are similar to the other species of striped rabbit, the Sumatran, and both are known for their red behinds. The Sumatran rabbit has only been seen once since 1916—that’s how rare it is. The two striped species are separated by some 1,000 miles and thought to have diverged 8 million years ago.